What is the theory of Multiple Intelligences

One of the developments of the early 20th century that continues to plague our education systems today is the idea of intelligence quotient, or the IQ!

In his book, Frames of Mind, The American psychologist Howard Gardner claimed that we have been describing intelligence too narrowly.

In traditional intelligence tests, people are asked to provide answers to questions or solve problems that they may never have faced before or may never face in their life. Obtaining a high score in such a test does not guarantee success in life where the problems they face would be vastly different.

Instead, Gardner defines intelligence as, “bio-psychological potential to process information that can be activated in a cultural setting to solve problems or create products that are of value in a culture.”

Two aspects of this definition are:

A class of students comprises a rainbow of individuals. While some may excel in Maths and Science, some may have a flair for creative subjects and arts, some may be athletic and great in sports. To know about the learning abilities of your students, you can classify them as per these three types of intellect!

Can intelligence be developed?

Or is it a fixed natural ability?

According to Gardner, the presence of a favorable environment is crucial to the development of intelligences. For example, musical intelligence may not be seen in an individual without access to music and musical instruments.

An intelligence test says as much about the environment in which a person grew up as much as it says about his/her natural ability.

If we provide a student with adequate resources and opportunities, we may be able to detect intelligences that previously were not seen.

What about learning styles?

The idea of learning styles suggests that a person with a preference for visual learning will learn all content in a visual medium. But Gardner’s theory states that a person with spatial intelligence may learn the idea through verbal, visual or auditory means, but will show proficiency in spatial production.

Why is the theory important?

Our education system tends to define intelligence as the ability to score high marks in an examination. While that is definitely one aspect of intelligence, it is not a holistic measure. Success in life cannot be predicted by a narrow measure of intelligence. A student who did not score high marks in an examination may go on to become a successful entrepreneur. A student weak in Mathematics may be a highly successful athlete.

How do I use this idea in the classroom?

In a world where College dropouts create successful multi-billion dollar industries, the theory of multiple intelligences is a highly important theory. As teachers, we can use this theory to better the education of our students.

It is easy for students to tie down their worth to the number of marks they score in an examination. Even the wider society often reinforces this message. As teachers, we need to make students believe in themselves.

Written examinations have become the default form of assessment. Designing other forms of assessments provide opportunities for students of different intelligences to realise their own potential. These assessments could be debates, classroom discussions, model constructions, musical performances, short film productions, theater productions, and so on. As we already saw, the presence of a favorable enviornment helps the identification and development of intelligences.

Foundational concepts in education are those ideas that are crucial to understanding how the world works. Knowledge of these principles is key to success in life. Let us take the example of division. An individual with numerical intelligence may learn the idea in the traditional way. An individual with spatial intelligence will also need to learn the idea to understand how space can be divided. Teachers can employ a diverse range of materials to teach the same principles.

Imagine a class full of geniuses!

How easy it would be to teach such a class!

The theory of multiple intelligences suggests that our classes are perhaps already full of geniuses. What is needed is for us to learn to identify and tap into the potential of students with intelligences different from the traditional ones. When we do that, maybe our classes will be inclusive spaces where students can thrive!

When we come across discourses and analyse the transition taking place in the modern day classrooms, read more... 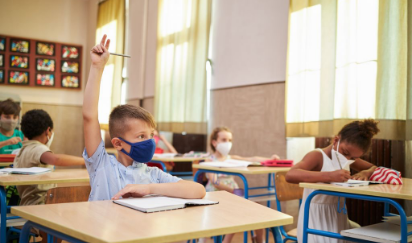 How to create healthy & safe classrooms

Schools are known as a student’s second home. This is because a significant proportion of time in read more...

As an educator, the primary task before you is to know your students and their psychology. In fact, read more... 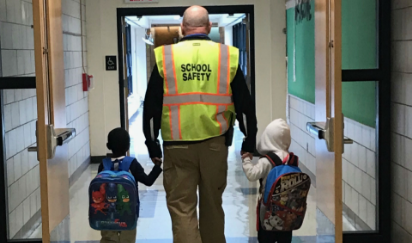 Teachers today are not only meant to educate students, they are for mentoring them to grow up to be read more...