A brief history of pedagogy

The Oxford English Dictionary defines Pedagogy as “the art, occupation, or practice of teaching.” The definition also includes the “theories or principles of education” as well as “a method of teaching based on a theory.” Based on these definitions, we can summarize the concept of Pedagogy in short as the art and science of teaching.

Education is not a recent invention. However, it has seen many changes over the centuries. Understanding how and why these changes took place would help us understand what further changes may be needed for our own contexts.

In the early stages of the human species, children were offered unlimited freedom to roam around and explore their surroundings. This form of exploration and self-play was the best preparation for the harsh way of life in a hunter-gatherer society. Moreover, children moved around in groups with other children thereby strengthening social bonds and ties. With society becoming increasingly agricultural, the needs of society changed as well. In other words, the purpose of education was utilitarian – to make the child contribute meaningfully to society. Early man’s education, being utilitarian, included the simpler practical and theoretical aspects of present-day education. The practical was work-oriented, while the theoretical was heavily geared towards the religious and the supernatural phenomena. The educators tended to usually be the parents of the children. And by gradually participating in the normal workday of the parents, the children would learn the methods and techniques of agriculture and other activities through imitation and repetition.

Development of crafts — Education through apprenticeships

Over the centuries, craftsmanship developed in civilizations. Pottery, metallurgy, architecture and stone-masonry are some of the common examples. This period of development saw the dissemination of education through the method of apprenticeship. In other words, a young boy would live with a craftsman and learn the trade by watching, observing and imitating. The legacy of such training continues till today. Many professions, both in India, as well as globally, require students to complete a period of internship. This is a form of apprenticeship, albeit for a much shorter period.

Industrialization — The rise of public education — rote learning and repetition

Although pre-industrial education had its advantages, it was not accessible to all people. Society back then was highly stratified and the objectives of education were to prepare the children for life in such a stratified society. As a result, children from the lower strata of society often didn’t have access to education like the others. All this changed, however, with the advent of the industrial revolution in the 18th and 19th centuries. With increasing industrialization, there was a huge demand for workers who were literate. This meant that a large number of people needed to become literate.

Whereas earlier, one teacher would have a very limited number of students, sometimes even as less as one, now there was a need for one teacher to teach large classes, sometimes between 50 to 100 students. This also meant that students from different social classes now had access to education.

The need of the majority of workers was merely to write numbers or reports, or to carry out a simple task repeated endlessly. In other words, all they had to do was follow simple orders. This need meant that the education also prepared students in like manner.

If education in the industrial era wanted to turn students into machines, what happens when there are machines that are more accurate, more efficient, and more durable than humans? For industries, hiring people was becoming a costly affair. Making one machine do the work of 10 people or more was highly effective and economical. What skills do students in such a world in order to survive and be hired? They would need to learn to do things that machines can’t do: solve novel problems and come up with ideas.

As an example, let us consider the effects that the software Visicalc had on the job market.. Before the invention of Visicalc, the first spreadsheet software, human accounting clerks would make entries into a spreadsheet manually. These spreadsheets were paper spreadsheets. And even a small error could take hours to recorrect. Moreover, it was heavily time-consuming. The clerks had to carefully input numbers into small boxes. That was all that their job entailed. The industrial era mass education prepared them well for such a job, with its emphasis on repetition and conformity.

After Visicalc was invented, thousands of jobs became obsolete as one software could do the work done by hundreds of people. However, the nature of jobs changed as well. No longer was simple repetition and copying down of information useful. Employees needed to be able to use formulas and problem-solving skills. Moreover, over the long run, increasing computerization created more jobs than it took away, as can be seen by the huge number of people employed in the IT industry.

But the education system in large parts of the country still seems to be stuck in the times of the industrial era. The skills that are valued in such a world are the 21st-century skills of:

Unless our pedagogical methods evolve to teach these skills, our education will not be relevant to the changing needs of society. 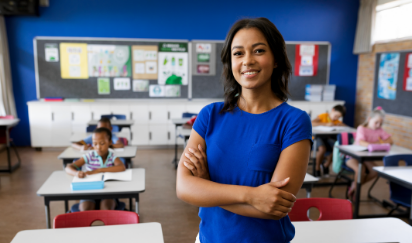 Top 10 things teachers can do to upgrade teaching skills

Teaching is a profession where not everything comes easy enough as the job description. It is a much read more...

5 Strategies you can employ for effective classroom management

One of the biggest challenges teachers face as they step into the vocation is classroom management. read more... 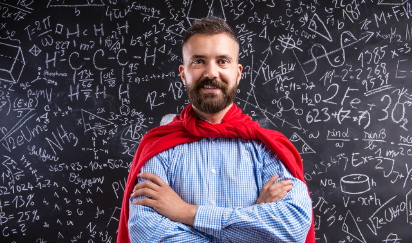 How to become a GREAT teacher in 3 easy ways!

The ever-increasing gap between  instruction practices  and  performance assessment! Imagine a read more...

When we come across discourses and analyse the transition taking place in the modern day classrooms, read more...